TUCSON WAS A RAILROAD TOWN

We were thrilled to have Tucson rail historian and author William D. Kalt III present to attentive neighbors, youth and staff at Howenstine High School on February 15. His presentation was fascinating and cast a new light on Tucson from 1850 to the present. He is author of a fascinating account of Tucson history entitled “Tucson Was A Rail Town” that is published by and available from VTD Rail Publishing. 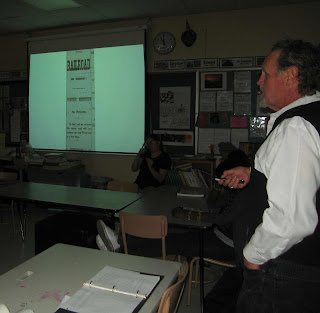 “The grandson of a Tucson SP accountant, William Kalt, grew up in a proud pioneer Arizona family. History lessons began early for the career public educator, as 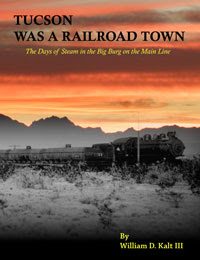 relatives shared tales of the rough and tumble days of their youth. Smitten with stories of life in the southwest, Kalt began his studies of the SP in pursuit of family history. The quest soon evolved into a broader search for the railroad's role in Tucson during the steam era. Proficient in Spanish and imbued with a passion for history, Kalt sought out people of every heritage, who lived the glory days of steam. Capturing oral histories of Tucson 's railroad men and women, in combination with archival research across the southwest, he found deep and lasting friendships, amusing accounts, and a cherished understanding of the people who called themselves “rails.” Kalt's “I'll Meet You In the Cornfield: the Tragic Train Wreck of 1903” appeared in the winter 2004 issue of the Journal of Arizona History . That journal also ran his story, “ Epes Randolph : Railroad Man of the Southwest,” in its summer 2006 issue.” - From "Tucson Was a Railroad Town"

“This profusely illustrated history is more than just another train catlogue: it is a flesh-and-blood book about railroaders themselves. It narrates how the railroad affected the lives of its employees as well as local citizens. For example, several locomotives engineers who had lost vision in one eye could no long make regular runs, but they were allowed to keep their jobs and work the spur line that ran from Tucson to Nogales betwseen about 1910 and 1950. The book is filled with human faces and interesting stories about those who proudly served the railroad. To understand Tucson, you must know the railroad, and this book is a fascinating place to start.”- Bill Broyles. 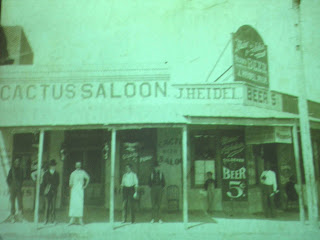 We learned that parts of Barrio Centro and Julia Keen neighborhoods were stockyards for cattle. These yards had been closer to downtown Tucson, but residents took exception to the stench and they were moved far out of town. The second important development in early Barrio Centro history was the development of pumps powerful enough to direct water uphill, and out of Tucson to what is today Barrio Centro. The rail yards were where many original BC residents worked. It was a short walk and allowed workers to return home for lunch. On paydays workers would frequent the local pub, such as the Cactus Saloon pictured here.

Bill’s presentation really helped answer some of the pressing questions we had about early Tucson history, and the development of our city. You can see many of his influences in our mural design. 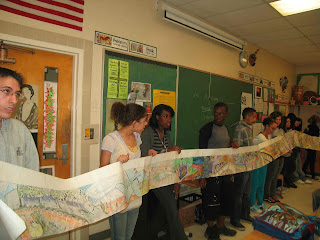 with support and praise from neighborhood elders. 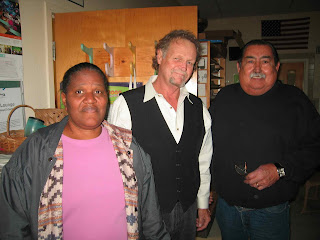 Mr. Kalt, a teacher for many years, spent the rest of the session working with us on the design, and prepping youth for the upcoming presentation of our design to the Barrio Centro Association.

We hope to work with him often as we learn more about the history of our area, he is truly a Tucson gem.

Stay tuned to this blog for details and updates!

Funding has been made possible by the Puffin Foundation

TMAP Admin
TMAP is a program of the Tucson Arts Brigade Inc.. www.TucsonArtsBrigade.org "Community Arts and Education Since 1996"